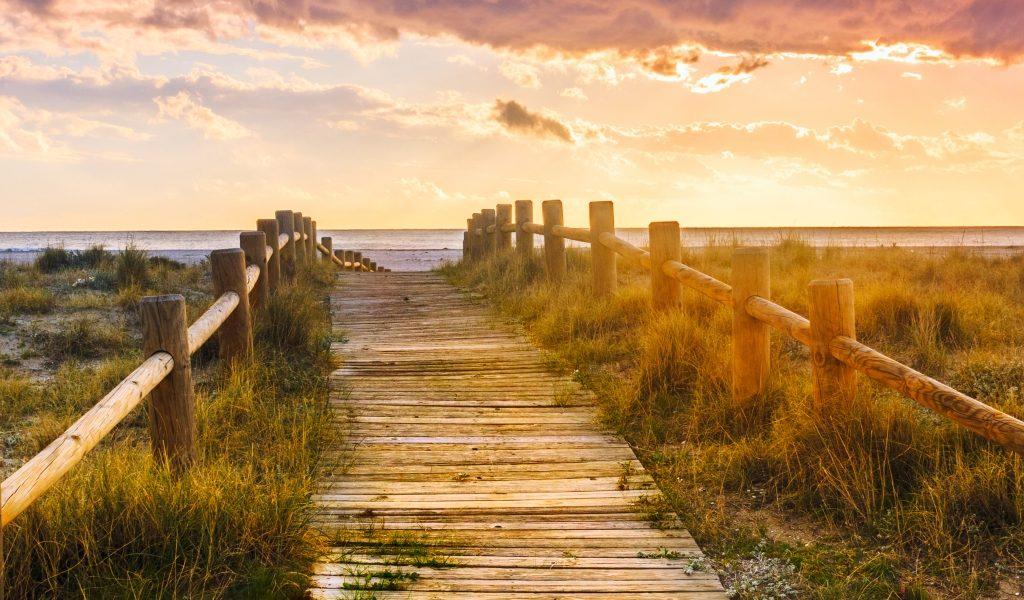 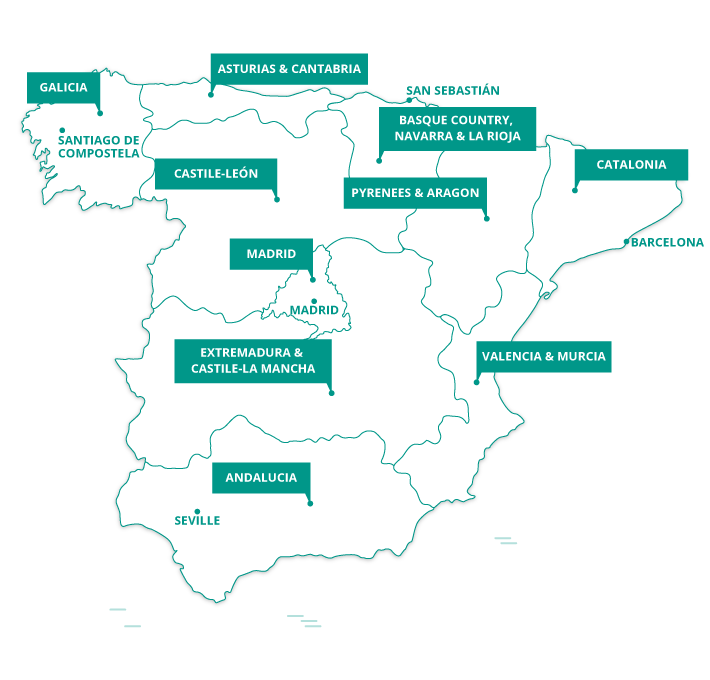 Embark on this trip and explore a country rich in contrasts, diverse in its territory and vast in its extension. From the imposing peaks of the Pyrenees, next to the French boarder, to the golden sands on the coast caressed by the Mediterranean, on the South. In the middle, the exuberant green cloak covering the North, the historical mountain villages, the fabulous castles and fortresses in the center of the country, the wine regions of excellence, the sites of religious cult and the heritage left by the Moors under the form of some of the most beautiful and unbelievable constructions, on the South. The tapas, the cured meats, the cheeses and the paella. The folklore of the Basque country and of Galicia, the flamenco and the bull fights. Even if you leave some places unexplored or some experiences to fulfill, Spain will surely give you thousands of reasons to keep coming back. 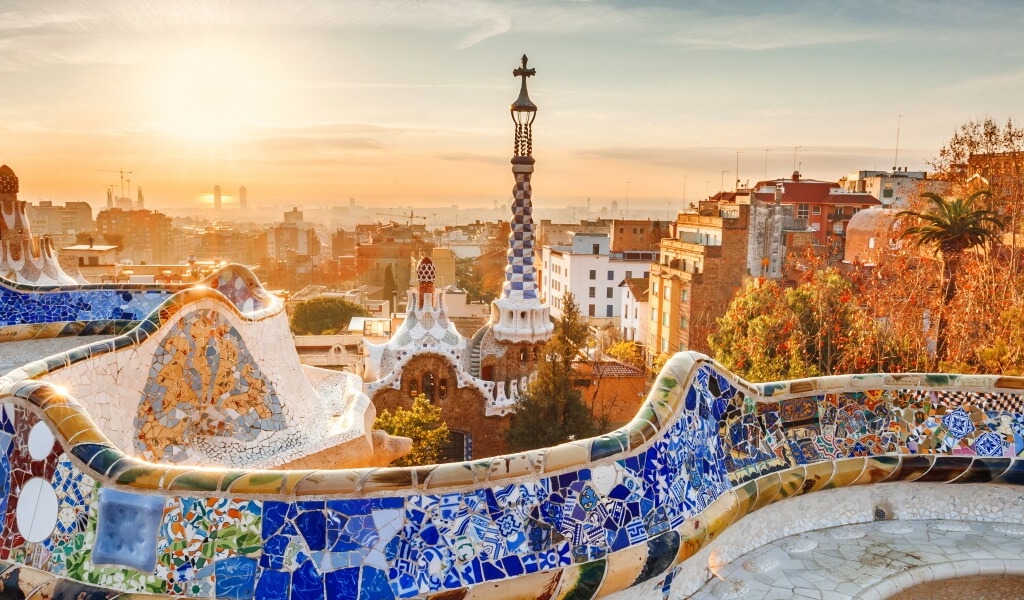 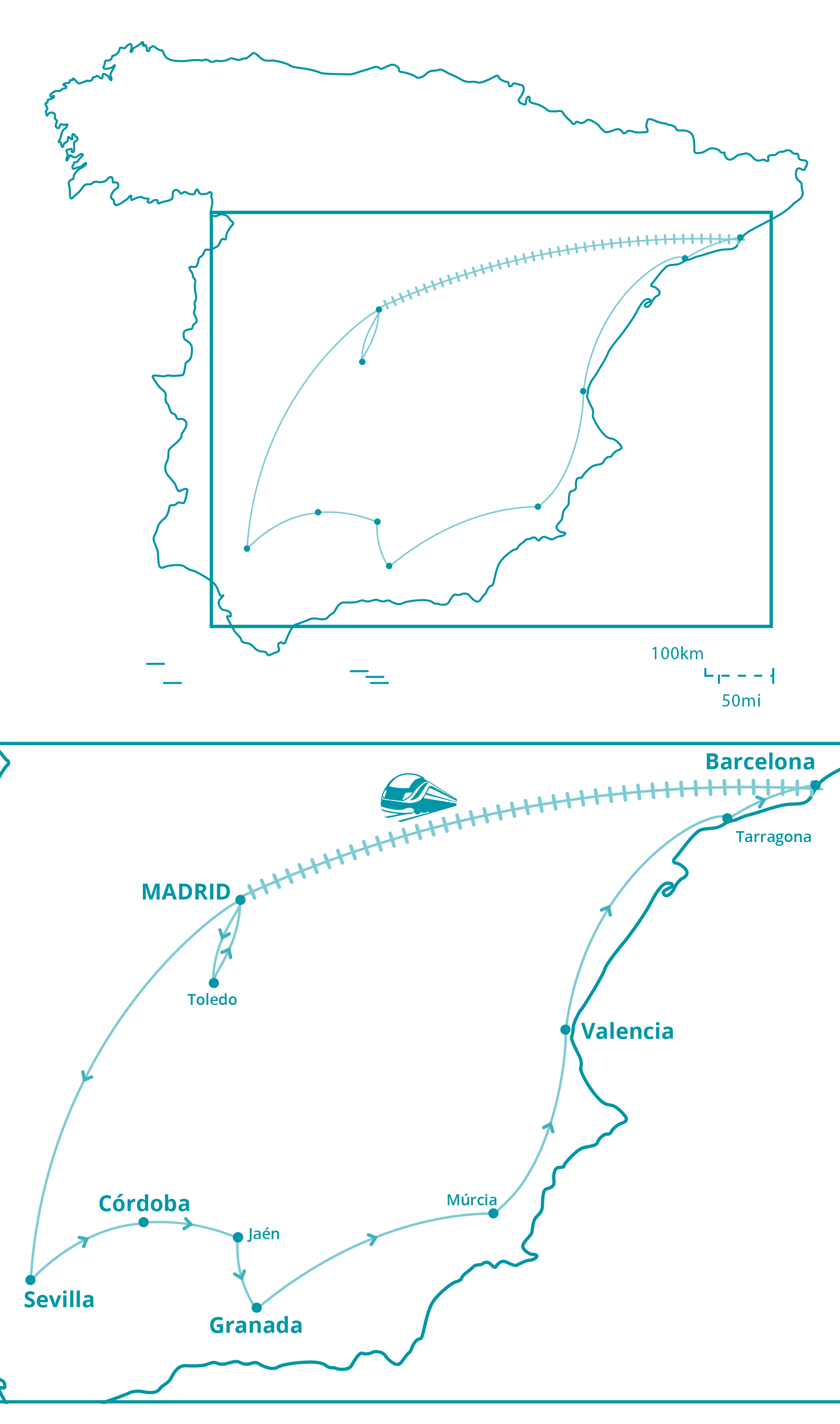 Fasten your seatbelt and embark on a fantastic 15-day journey through Spain’s highlights. Starting in Madrid, the capital city with its vibrant life, culture and stunning art museums, then onto Andalusia’s multiculturalism and Moorish heritage, and finishing up in Barcelona, the city that took modernism to the next level. Want to scratch off places like the Alhambra and Sagrada Família of your bucket list? Pack your bags and let’s go!

The Spanish mainland is located in the south-western corner of the continent of Europe, sharing the Iberian Peninsula with Portugal. It is much larger than its neighbour to the west and almost wholly surrounded by sea, with its only frontiers with Portugal to the west and with France to the north-east. To the north and south-west (as far as Gibraltar), it borders the Atlantic, while the rest of its coast is on the Mediterranean. Although its highest mountains – the Sierra Nevada – are in the south, that is actually the least mountainous region in a country that boasts some impressive ranges, such as the Pyrenees and the Picos da Europa, as well as the Meseta Central, a high plateau area. Madrid, the capital and largest city, is located on this plateau. Barcelona, the second largest city, is on the Mediterranean coast, a little further north. Although many rivers spring from Spain’s mountains, three of the largest flow into Portugal: the Tagus (known here as the Tajo, in Portugal as the Tejo), Iberia’s largest river, the Duero (or Douro) in the north, and the Guadiana in the south. The Guadalquivir, also in the south, and the Ebro, in the north-east, flow throughout their length through Spanish territory, with the latter ending in Catalonia in the stunning Delta de l’Ebre, as it is known locally. The climate varies with the geography, but overall Spain may be said to have a temperate climate, with greater extremes in areas of higher altitude and high summer temperatures in drier areas such as Murcia and Andalusia.