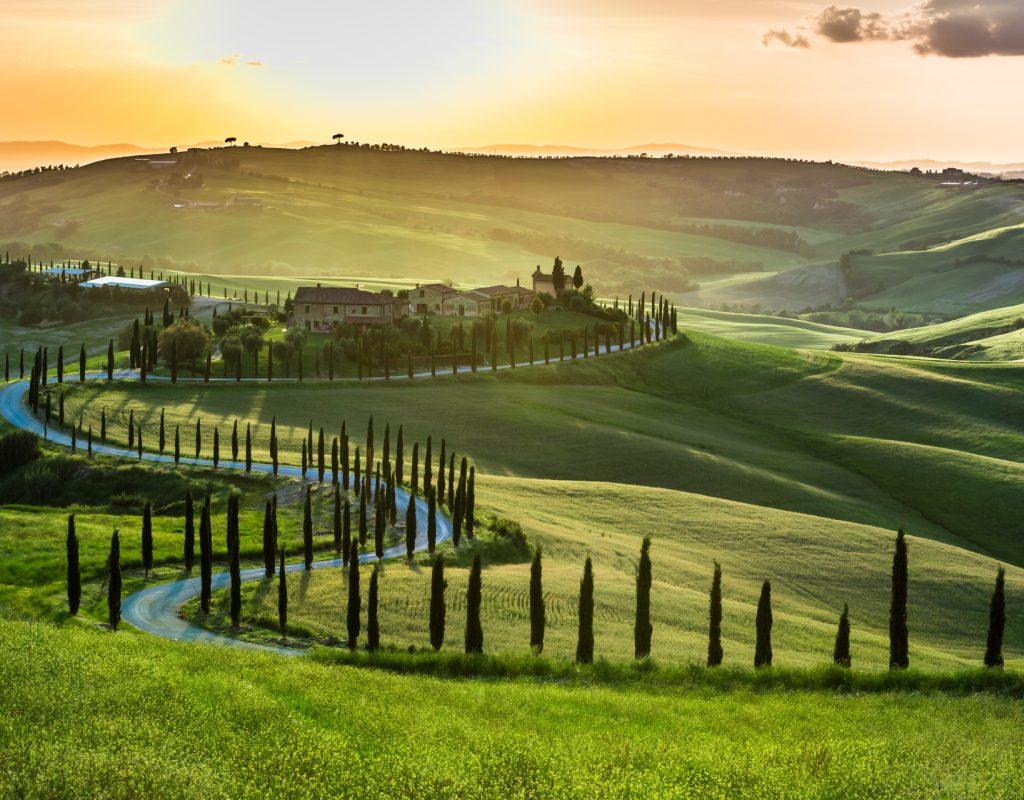 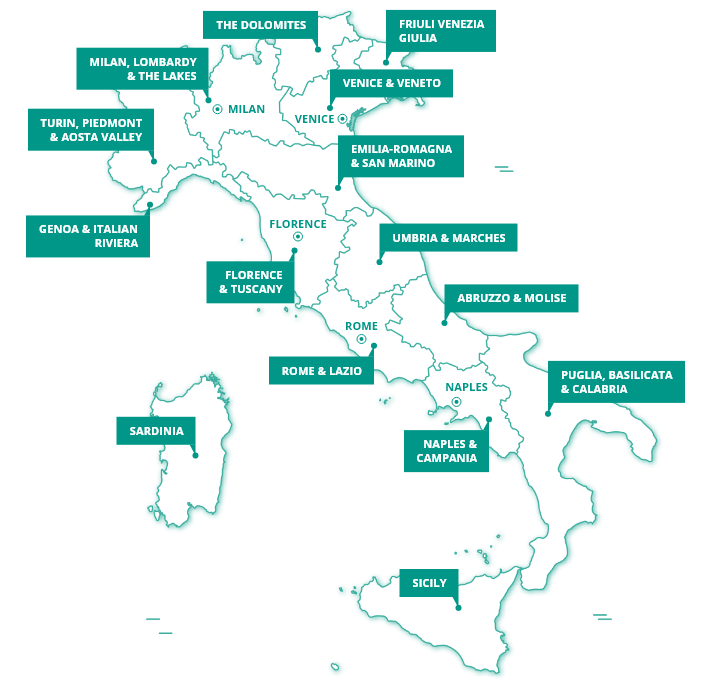 Spectacular natural landscapes, made up of fairy-tale lakes, lush vegetation or vast, endless vineyards, mouth-watering food, heavenly golden beaches with crystalline waters, jaw-dropping works of art, ancient and majestic monuments and archaeological sites of great importance – these are just some of the many highlights of this astounding country. Italy is full of surprises, as in every corner you will find something worth your while – here, you will be able to try superb wines and great food (after all, it is the birthplace of pizza and pasta); enjoy the enormous stretch of coast, full of natural wonders and dreamy beaches; contemplate the mountainous views and the historical quaint villages; admire significant, worldwide-known works of art, made by famed artists; marvel at the incredible monumental heritage, scattered throughout the country, from north to south; take in their unique way of living life; or visit amazing islands. Rome, Florence, Venice, Naples, Milan and the Amalfi Coast are just a few examples of famous and fantastic Italian destinations, each one of them with their own unique feel, legacy and characteristics. 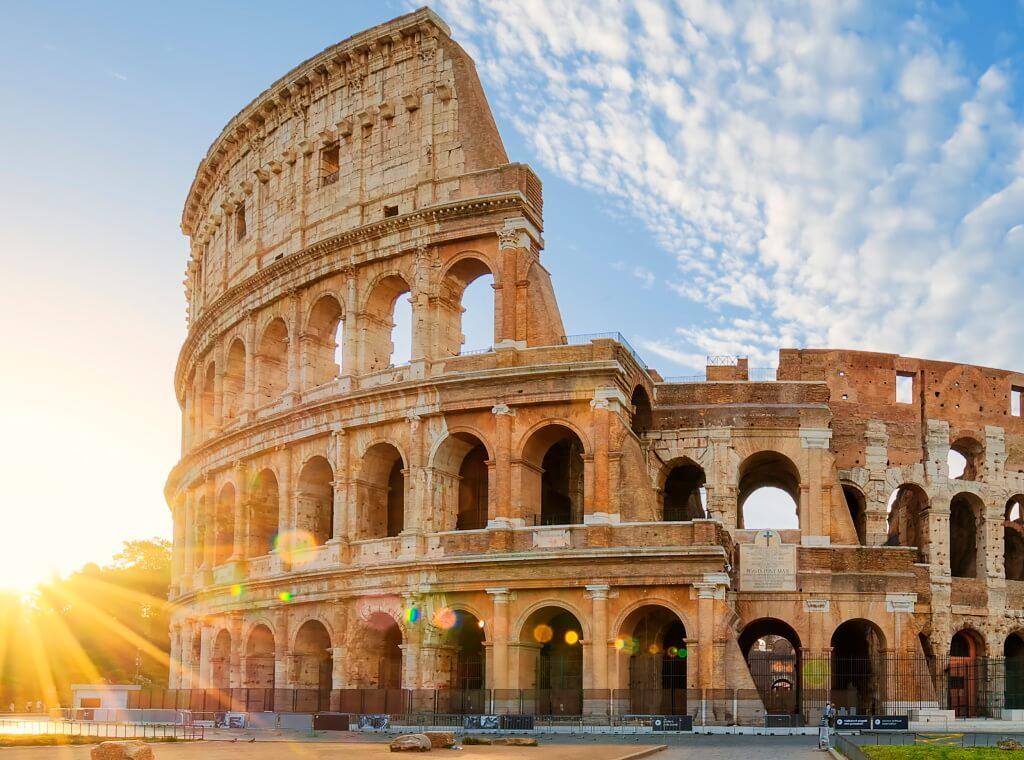 Italy is home to a ravishing and remarkable heritage – something quite obvious for everyone who steps foot in this dazzling country. On this 15-day tour, you will unveil the historical, cultural heritage of Rome, Florence and Venice, while discovering several other important cities and regions on the way, such as Bologna and the Tuscany region, known for its excellent wines and scenic, captivating landscapes. Rome, being the capital of Italy, is home to incredible monuments and sites, such as the Colosseum and the Roman Forum. Florence, known as the city of the arts and the Renaissance, is home to beautiful churches and bridges, and colorful markets. Venice, acknowledged as the city of love and one of the main ports in the Mediterranean, has its canals and gondolas as highlights, although the lovely architecture is also a great attraction. Discover the unique heritage of these three majestic cities, while also exploring the legacy and culture of other important sites, just as beautiful!

Shaped like a boot, Italy is a country of hills and valleys, rivers and beaches, with much to discover. With the Adriatic Sea to the east and the Tyrrhenian Sea to the west, Italy is located between the Eurasian and African tectonic plates. It is this strategic positioning that has designed the beautiful geological formations of this country: from the Alps that mark the northern borders with France, Switzerland and Austria, to the Apennine mountain range that crosses the entire country like a backbone. It is also in the Alps that you will find the highest point in Italy, Monte Bianco, and where the longest river, the Po, begins. The Po River crosses the northern region of the country from one end to the other, emptying into the Adriatic Sea, after travelling about 650 kilometers. Its banks, known as the Po Valley, are quite fertile, and have become famous for producing some of the best wines in the world. The Adige River is the second longest river, followed by the Tiber, which flows through the Eternal City of Rome. Italy is home to the only active volcano on the European continent, Mount Vesuvius, and on its islands, you will find two more, Etna and Stromboli. There are three active volcanos and more than 30 inactive ones. In fact, many of the more than 350 small islands that dot the ocean have volcanic origins. Sicily is the largest of all the islands, at nearly 25,700 square kilometres, followed by Sardegna which is of a similar size. In third place comes Elba with an area of 224 square kilometres. The geographical features that characterise the landscape are also responsible for the different climates you will find in Italy. The north has a colder climate due to its proximity to the Alps, which is responsible for the white mantle that covers the region every winter. To the west of the Apennines the temperature is higher and the climate drier, while to the east it is humid and oceanic. This contrast is also an important factor in agriculture, which occupies 52% of the Italian territory. Politically, Italy is part of the European Union, having been, together with France, West Germany and the three Benelux countries, one of the founders of the former European Economic Community, the project that gave rise to the community organisation that exists today. Inland, you will find two completely independent microstates, the Vatican and San Marino. The unification of Italy maintained the imprint of the former city-states by dividing the territory into 20 regions, five of which are autonomous: Sardinia, Sicily, Tyrol, Aosta Valley and Friuli-Venice Giulia.