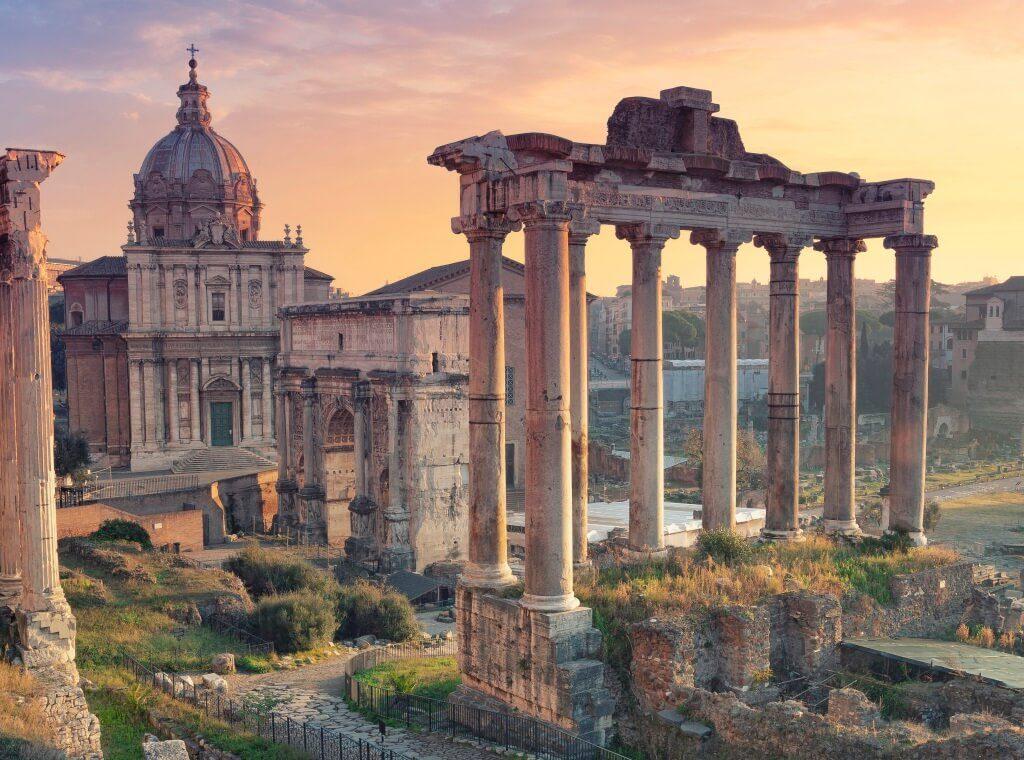 2. Rome, the centre of the ancient world

The Colosseum still retains in its arches the memories of the grandeur of an empire that lasted a thousand years and marked the entire history that followed. Rome was once the capital of the world; it is the capital of Italy and will forever be the Eternal City. It was at the Forum that the future of much of Europe and North Africa was decided and, while passing through the ruins, you will be left with a desire to learn more about this fascinating people. It was also in Rome that Christianity established itself and where you will find the beautiful seat of the Catholic Church. St. Peter’s Basilica may be located in a different city, in the Vatican, but it is impossible to disassociate its history from that of the capital. Rome has always followed the latest trends in art and the majestic Fontana de Trevi is a perfect example of that. Throw a coin in this fountain and make a promise to come back. In the Eternal City, you will also find Michelangelo’s masterpiece that decorates the ceiling of the Sistine Chapel, as well as the most beautiful works of arts by Caravaggio. Explore the picturesque streets of this city, preferably with an ice cream in your hand, and at every corner you will find a piece of history that, instead of being written, rises from the ground in the most diverse forms. Enter the Pantheon and look up, climb the Capitoline Hill and marvel at the view, or peek through the keyhole to see the Basilica. As the saying goes, in Rome, do as the Romans do. So, let yourself be carried away by this city that never stops and prepare your most archaeological self – like Indiana Jones – to explore the magnificent ruins.