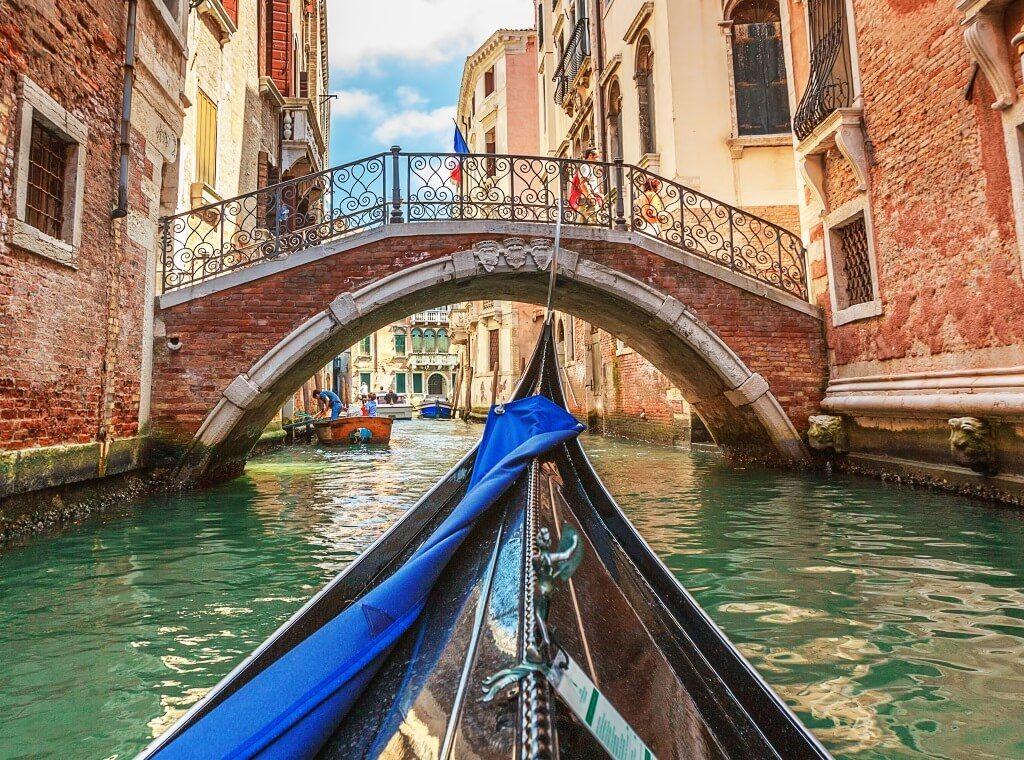 Venice is a unique city in the world, unlike any other. One of the reasons for this is undoubtedly the beautiful canals running through the city, which function almost like any other street. More than a hundred canals crisscross the historic centre of Venice, and the vast majority of them were not created by Venetians – they are interstices between more than a hundred islands. This network of islands became the Venice we know today, full of bridges and boats. The Grand Canal is the largest, busiest and most important canal in Venice, dividing the city in two. From early morning until late at night, this canal is filled with vaporetti (a form of public transport used by locals and tourists, otherwise known as a waterbus), but also with water taxis and gondolas, which take the most curious visitors to explore the city and admire the beautiful buildings and palaces along its banks. Sailing along the water, you will also see traghettos, a kind of larger gondola used to cross the Grand Canal. Since ancient times, this city has suffered from periodic floods, that cause a phenomenon known as Acqua Alta, which occurs when the level of the Adriatic rises and floods the city. Sometimes the authorities, who also use boats to navigate the canals, have to put up wooden planks to help pedestrians walk through the city – a phenomenon often seen in the famous Piazza San Marco. Although locals use water transport, particularly the waterbus, Venetians are actually great pedestrians. Among the picturesque streets , you can see Venetians walking briskly, dealing with everyday matters as they cross over the city’s numerous bridges. The streets, full of people, restaurants, cafes and shops, exude a magic unlike anywhere else. Taking a boat ride is an amazing way to experience the city and admire the Venetian architecture. The unique and natural beauty of the canals never gets old.