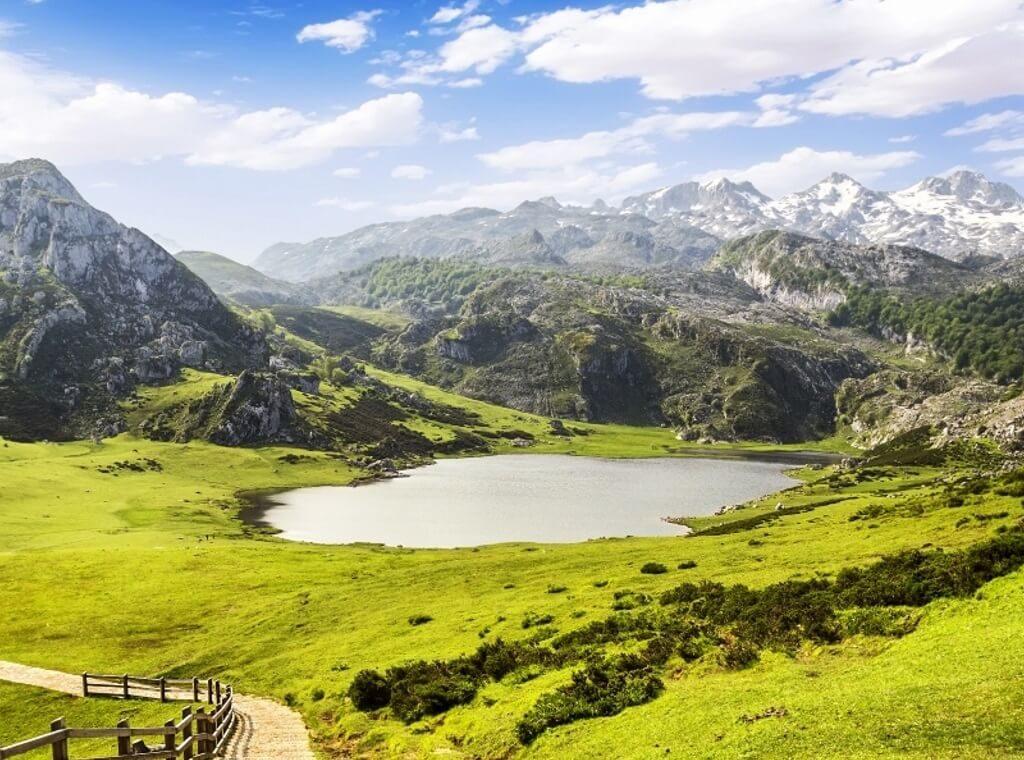 Eight per cent of Spain’s territory is part of a protected area and Spain has over ten such areas on the mainland, scattered across the country, from north to south, and in the different autonomous regions. And they all have their own specific aspects and distinguishing features. To the north, the Pyrenees, which separate Spain from France, are home to the picturesque towns in the Aragon community, and in the Ordesa y Monte Perdido National Park, you’ll find the third highest peak in the Pyrenees, Monte Perdido (3,348m) with trails leading through deep green valleys and mountainous terrain covered with pure white ice and snow, which accumulates in the rocky hollows. Whilst the three mountainous, ridged massifs of the Picos da Europa remind us of the Alps, this national park next to the Cantabria and Asturias coasts has a charm all of its own, so much so that it was made the first national park in Spain. It is one of the most beautiful parks to explore on foot, as you come across the breath-taking lakes, such as lake Covadonga, at the foot of the mountains and the geological formations that are absolute natural works of art, like the Garganta del Cares. The unpredictable weather can sometimes be an issue, but that’s all part of the charm. To the south, the Sierra Nevada has the highest point in mainland Spain, and Mulhacén, the Doñana National Park is a perfect refuge for wildlife and is the habitat of many endangered species and the destination of many other migratory ones. But the fascination of this park isn’t just in the variety of fauna present. It is also about the diversity of the ecosystems, starting with the huge wetland area, and the woods and finally the 28 km of Atlantic beach.