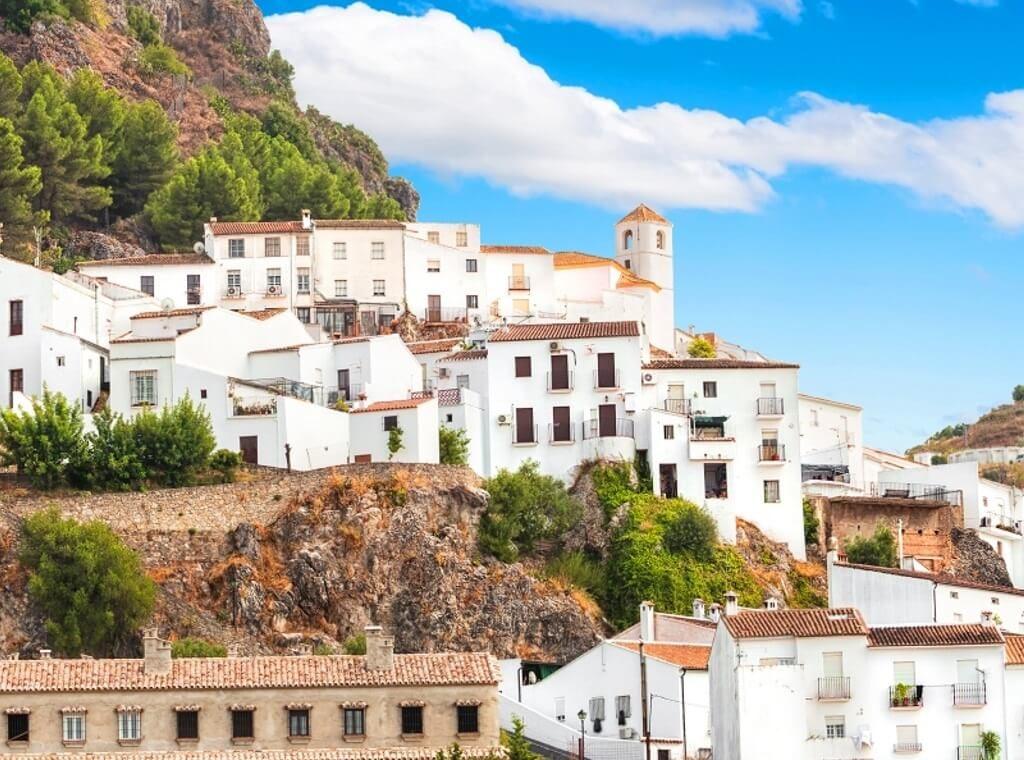 5. Wandering through the picturesque towns

Spain doesn’t only have big cities and an unparalleled cultural wealth. In fact, its picturesque villages are small, hidden treasures, which, although sometimes remote and with difficult access, are ideal for those who like driving along mountain roads, as they inspire a feeling of immediate retreat, surrounded by calm and tranquillity.

In Andalusia, in the provinces of Cadiz and Malaga, the “Ruta de los Pueblos Blancos” (White Villages Route) links small inland villages full of charm with a unique, peaceful aura. The whitewashed houses make a stark contrast to the prominent green of the mountain slopes and the red roofs. The fact that some of them have “la frontera” in their name, identifies them as being battle ground locations, as the Moors retreated to these territories after losing their control of Granada, the last city in their empire to fall under the Christian re-conquest. Amongst the twenty towns of the region, there are two of particular note, Arcos de la Frontera the largest of these “pueblos”, and Ronda, with its breath-taking gorge and the charm of its traditional, colourful houses with window boxes filled with flowers.

Aragon, on the other hand, is the least populated region of Spain and many of its treasures remain hidden, with isolated villages, mostly in yellow-coloured sandstone, tucked away at the foot of the Pyrenees, surrounded only by thick vegetation, occasional snow and an impenetrable peacefulness. Some of them are home to architectural gems in the Mudejar style, such as the Albarracin castle or the Colegiata de Santa Maria la Mayor (Church of St. Mary the Great), in Alquezar. Others are of great historical importance, such as the Sos del Rey Catolico, where D. Fernando II of Aragon was born, who, together with his wife Isabel I of Castile, became known as the king responsible for uniting Spain.