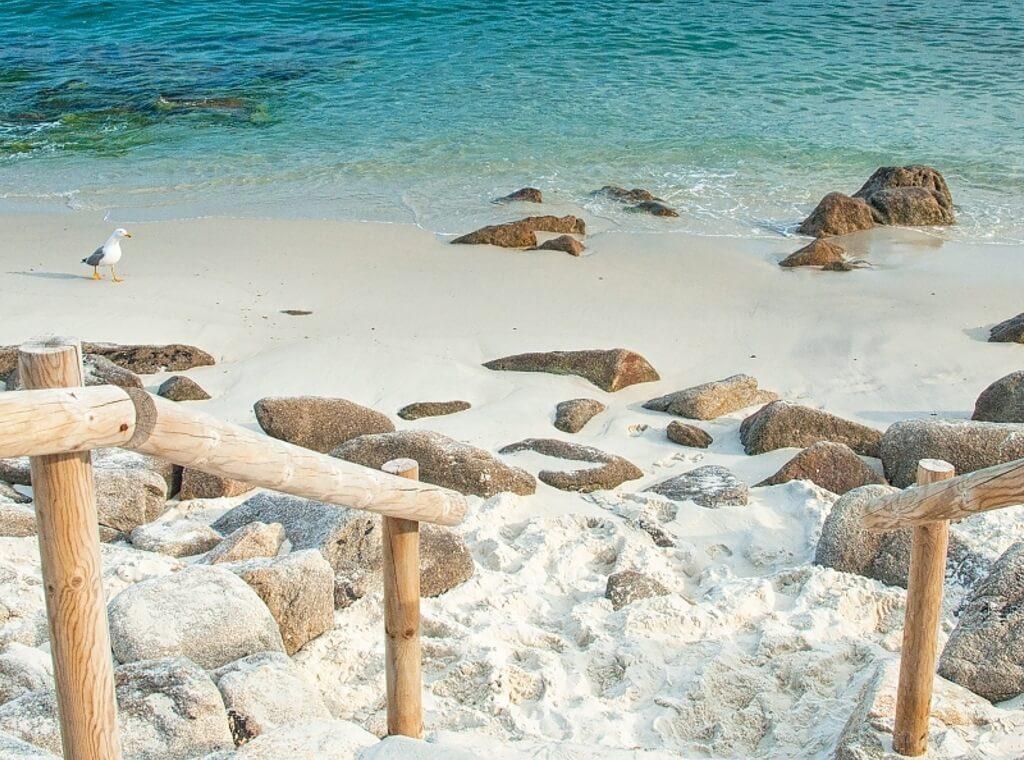 6. Getting to know the beaches from the North to the South

As Spain is mostly surrounded by sea, it has a long, varied coastline, and you will find that beaches in Galicia are very different from those in Andalusia, for example. In the north, the rough sea has carved dramatic cliffs with hidden, inhospitable stretches of sand, but their outstanding natural beauty gives them an almost dream-like quality.

In the south, the gentle waves that lap against the long, sandy beaches and the golden bays provide an idyllic and tranquil environment. Playa de Rodas in the Cies Islands in Galicia, with its stony beach, looks as if a landslide has invaded the idyllic turquoise-blue sea, with the green mountains as a backdrop, and is considered by some to be the most beautiful beach in Spain. But Playa de Mónsul, in Almeria, Andalusia is just as beautiful, and was the set in some of the Indiana Jones films. It is an impressive beach due its crystalline waters, fine sand the lava formations that surround it. But these are just two out of a multitude of other impressive beaches, such as Tossa de Mar, with its majestic castle on the beach, Playa de La Concha, the famous beach in the centre of San Sebastián, Puenta del Fangar, with water both sides of the sand and a famous lighthouse, which has featured in various films, or even the little beaches of Begur, Sa Tuna and Playa del Racó, set in front of the fishing town’s white houses.