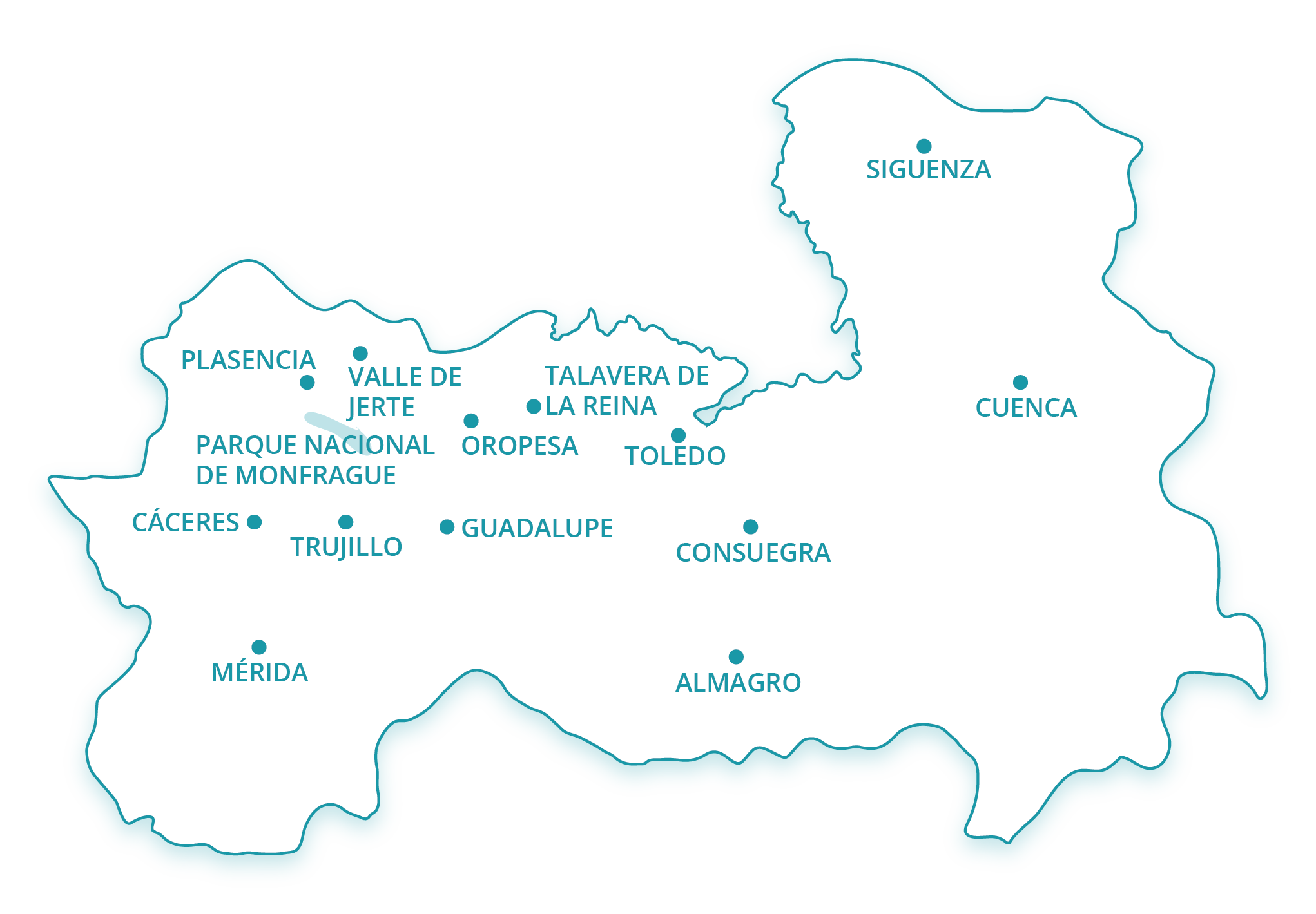 Sandwiched between Portugal, Castile and Andalusia, the autonomous community of Extremadura is unexplored territory for most foreign visitors to Spain, firmly off the radar. But that, precisely, is a large part of its charm. Its name goes back to the time of the Christian Reconquest of the peninsula, and comes from the fact that it was at the edge of Christendom, on the frontier with Moorish territory. Here amid mountains, valleys, meadows and rivers you will find picturesque towns and cities with a wealth of medieval monuments, such as Mérida and Cáceres – both UNESCO World Heritage sites. In more remote parts, tiny cottages are dotted about in the vast countryside. This is also the region from which many adventurers set out to conquer swathes of the New World, including Cortés, Pizarro, Balboa and De Soto – later returning to build family mansions and churches with the riches they gleaned in the Americas. The Parque Nacional de Monfragüe and the Valle del Jerte are examples of the region’s fabulous natural landscapes, which attract sporty or outdoor types for activities such as climbing, horse riding, fishing or bird watching. As for gastronomy, make sure to try the fabulous Dehesa de Extremadura jamón (cured ham) and nevaditos, traditional local biscuits.

Castile-La Mancha, right at the heart of the Spain, alongside Madrid, has as its most famous native son a literary character: Dom Quixote de La Mancha, invented by Miguel de Cervantes. This noble hero, who was born in Toledo, tilted against the stolid windmills of the highlands and rode out to save his beloved Dulcinea. The name La Mancha comes from the Arabic ma-ansha, meaning “without water”, appropriate enough given the scarcity of moisture in the region for the wheat, vines and spread out olive tree fields under the hot summer sun. While Albacete is the largest city, Toledo is undoubtedly the best known, thanks its medieval aura and fascinating heritage. Another very popular city is Cuenca, known for its intriguing Casas Colgadas (Hanging Houses). The autonomous community of Castile-La Mancha also has four important archaeological centres that tell part of the story of Iberia, and protected areas such as the Parque Nacional de las Tablas de Daimiel and the Parque Nacional de Cabañeros. Manchego cheese and Valdepeñas wine are the best-known regional products. This is a part of Spain where temperatures vary widely, with cold winters and dry summers. Like Extremadura, Castile-La Mancha is traversed by both the Tagus and the Guadiana rivers.